Last Friday brought my 8-month internship (co-op?) at GE Digital in Burnaby, BC to an end. Given the bit of extra time I have now, I thought I’d sit down and reflect on my time there while it’s still relatively fresh in my mind. There are a lot of different aspects of my work experience to cover but with this post, I’ll mostly be focusing on how I started at GE Digital and what I worked on during my time there.

I did some digging in my email and found out when and how I actually applied for the position: June 29, 2017 through the GE Careers website. Following that, I was reached out to for a 45-minute interview that we scheduled for July 17, 2017 through WebEx.

I was interviewed by two of my soon-to-be teammates, both software engineers on the App Engine team. The interview itself was pretty straightforward: the technical portion consisted of a design problem (create a parking lot tracking system) and an algorithm question (string-related). There was also some time allocated to behavioural questions, discussing my experience, and for me to ask questions.

Overall it was a very pleasant and positive experience. Within an hour of finishing the interview, I found out the feeling was mutual as I got a call from the Director of Engineering letting me know that they’ll be extending an offer. This was before I even got to send a thank you email! This happened so quickly probably because I had an upcoming offer deadline — an actual offer with details (something the call did not include) came a week later from GE University Relations. Nonetheless, I knew these were people I’d want to work with and learn from by the end of the two interactions. 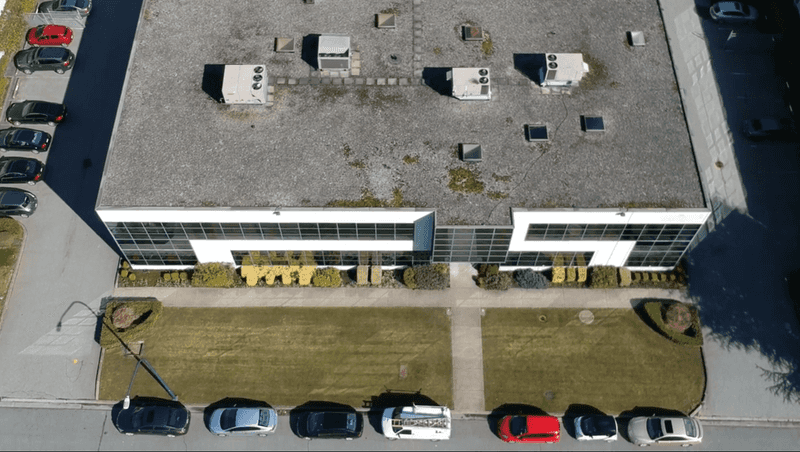 For the sake of this post, I will write about my internship in two halves (September-December and January-April). This split also makes sense since my focus shifted between the two halves.

My first week consisted of on-boarding, GE training, meeting the team, and setting up and familiarizing myself with the dev environment. What I especially liked about the on-boarding process was that throughout it, I was encouraged and empowered to make changes to improve it for future new-hires. My second week was dedicated to Predix training. The online training’s primary audience is users looking to become more familiar with all the possibilities in Predix Studio and App Engine but as a new-hire, it helped me get an outsider’s perspective on the platform I’d be developing for.

By my third week, I was picking up bite-sized tasks from the team’s backlog. With every ticket, I was able to get a big-picture overview and an outline of how to begin from a teammate which really helped ramp me up in the remainder of my first month at the company. As I progressed, I started working on larger tasks and expanding my knowledge of the various areas of the platform. I worked on security, the build system, testing, and plugins.

What I enjoyed most about the first half of my internship was the breadth of knowledge I gained by working on different components of the platform and how willing my teammates were in educating me on areas I had no prior experience with — whether that was by explaining it themselves or referring me to the appropriate people and resources. 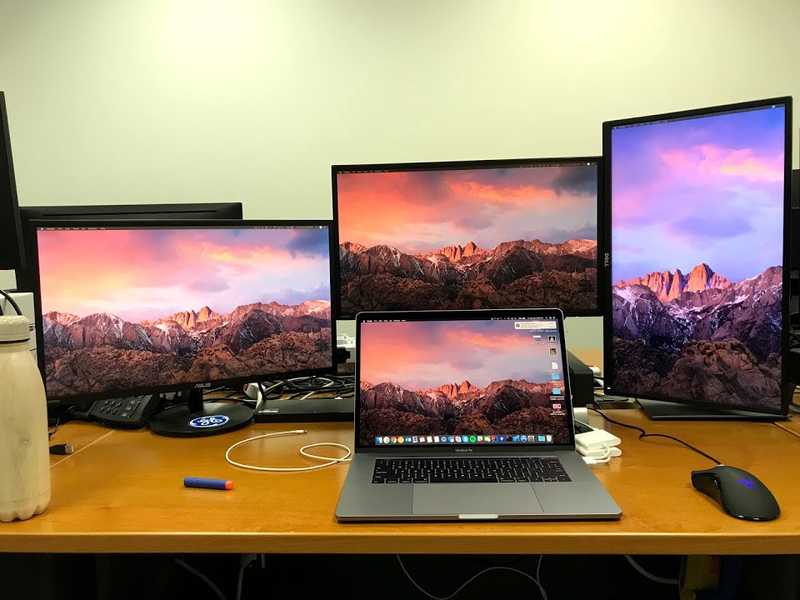 My ever-changing setup at work, this one I’d settled on for almost all of January. Featuring a Nerf bullet from a recent battle. January 26, 2018.

With the start of January, my focus shifted to application distribution. I’d heard talks of this feature months before engineering work actually began on it and had expressed my interest in working on it early on.

When the time finally came, the team I was primarily working with on this feature consisted of 3 of us, a subset of the App Engine team. We began with the planning stage of the SDLC which also involved a product manager: understanding the use cases, the definition of an application, the user flows, and how our piece would fit into the bigger Predix puzzle. Stories were made and sprints were planned. We iterated on a proof of concept with every sprint, collecting feedback from the rest of the team, product, and UX.

Despite my focus being narrowed to mainly one feature in the second half of my internship, I was still doing full-stack development and gaining experience in various areas of software development which I really valued. The code I wrote was fairly evenly split between front-end (JavaScript, jQuery) and back-end (MIx, a proprietary language we used based on Java with XML syntax).

By early April, we had a completed product which had come a long way since we started off in January. I took on the task of writing user documentation for the end-to-end process (which also doubled as my co-op report for university). Through this, I was able to poke holes and point out the subtle details in the end-to-end process. Things like inconsistent parameter naming, uncertainty in order of completion for the user, and what-if’s for various possible edge cases.

Prior to being acquired by GE Digital in November 2016, the office I worked at was Bit Stew Systems, a Vancouver-based tech startup. This is an important detail to point out as the office’s culture is still influenced by those days and continues to feel like a startup (in a good way). It’s a very laid-back environment to get things done in with flexible hours and the ability to work from home as needed (although you want to be in the office to improve your ping pong game — I got so much better over the 8 months). 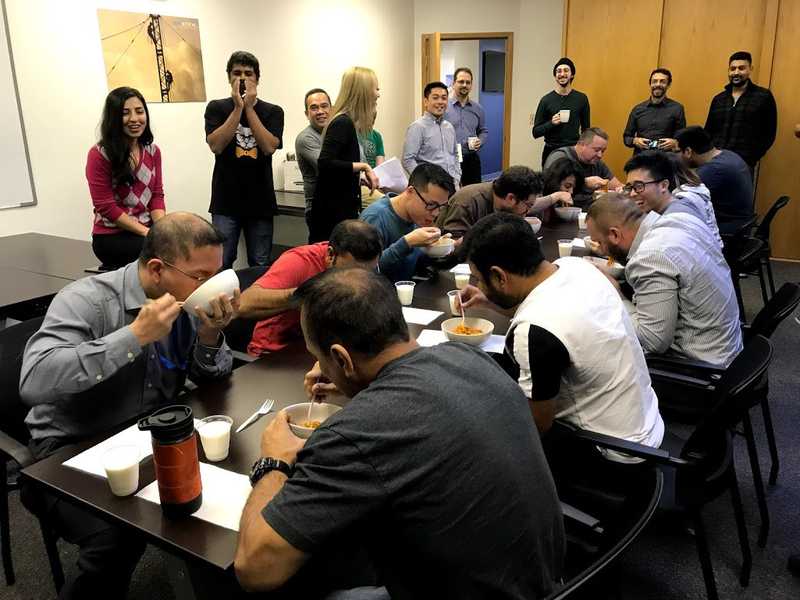 There are only a handful of interns at the office which was quite the contrast for me coming from the RBC Amplify program consisting of 16 teams of interns. However, this was a welcomed change as I was treated just like any other full-time engineer and had no trouble becoming friends with others at the office (in fact, some didn’t realize I was an intern until my last day). There are also monthly social events for all to participate in (go-karting, office olympics, etc.) despite the lack of a structured intern program.

Looking back, this internship met all of my expectations and more. I came in wanting to make meaningful contributions to an existing software project and learn industry standards for software engineering and that I did. What surprised me was the awesome team I got to work with and how much responsibility I got to take on as “just” an intern. The team was incredibly supportive in helping me take on any task that I dared to tackle. I felt like a real software engineer while working at GE Digital. 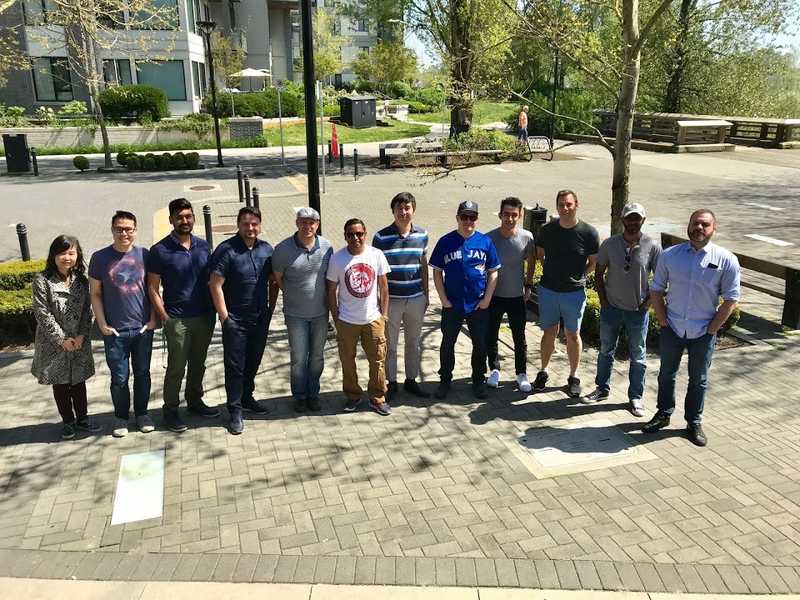